Controlling access to your building is one of the most critical components to commercial security today. Surveillance cameras will only get you so far – at some point, you’ll need an access control system to lock and unlock your doors when your employees need to get in and out. When deciding on your readers and credentials, you’ll have to consider everything from biometric fingerprint scanners to key fobs to smartphone apps. Something to keep in mind is that while a key card system might not be as flashy or as cool as other credentials, they’re still the workhorse of commercial access control.

Card Entry Systems are an essential part of the security and access control of most commercial facilities.  It’s not just government facilities, hospitals, and technology labs that require electronic access control.  Commercial buildings, apartment complexes, industrial facilities, and many other types of buildings use entry systems to control when visitors, employees, and residents can enter and exit.

Here are the 4 types of card entry systems:

A key fob door entry system uses a small plastic rfid keychain that allows users to present the fob as a credential to a fob reader that is connected to a control panel that is programmed to  authenticate the user of the system.

The fob reader is typically a wiegand reader that is programmed to read the wiegand code that is associated with the fob being presented to it.

The key fob is a small keychain device that transmits an RFID signal to the reader.

The Control panel is a device that is connected to the reader so it can authenticate the credential and make decisions on which doors the holder of that key fob is allowed to enter at which times.

A Key Card Entry System is very similar to a Key Fob Entry System with a few differences.  The keycard can be turned into an ID badge that can be used for visual identification as well as electronic authentication.  Cards can also be swiped or scanned where fobs are typically used as proximity readers only.

Key cards are easily the most common credential because they’re cheap to manufacture, easy to secure, simple to program, and easy to manage. Most key cards are made of thin, flexible plastic with the chips and/or magnets embedded in them, making them somewhat fragile. If you’re worried about employees damaging their credentials, you might want to use heavy-duty cards or plastic cases to prevent them from bending.

A door card reader will read the RFID badge or card and authenticate it just like a fob reader.

A key card can come in multiple formats but the most common are smart cards or prox cards.

A smart card is a proprietary format that is designed to have a higher level of security than traditional prox cards.  Smart cards are much harder to “clone” or hack than prox cards.  Since a smart card is only designed to communicate with a very specific reader, it does not allow for transferring legacy cards from older entry systems to new ones.

In the context of credentials, the term “smart card” typically means High-Frequency RFID cards that use Near-Field Communication to transmit data. NFC technologies, operating at 13.56 MHz, are commonly seen in contactless payment systems. They still use passive induction for power, but smart cards have more storage capacity than 125kHz cards, so they can encrypt their data in addition to storing it. As such, they are more secure and aren’t as easily copied as the older prox cards. Smart card door locks also generally have a smaller working radius than traditional RFID entry systems, maxing out at about 4 inches.

Many access control administrators opt for prox cards when using legacy hardware or in mixed use buildings where card holders are likely to have credentials for other doors that are usually proximity format.  The convenience of the superfluous nature of prox cards from one system to another makes them an easy option when high security isn’t required.

Contactless credentials generally use Radio Frequency Identification to transmit data stored on a microchip. Prox cards use a low frequency of 125 kHz to communicate with the reader. The card can either be actively powered by a small lithium battery or, more commonly, passively powered by the reader, which continuously sends out a short-range radio signal. When the card gets close enough, the card’s antenna of coiled wire stores enough energy to send the ID on the chip to the waiting reader. Prox cards are proprietary, so there are no established standards or compatibility between manufacturers. They’re also somewhat vulnerable to being copied or rewritten, although you’d have to be within the card’s read radius (about 1 foot) to do so.

Some of the first key cards developed for a key card system were Wiegand cards, named after their inventor. In the 1970’s, John R. Wiegand discovered that specially annealed wire made of iron, cobalt, and vanadium will suddenly switch polarity when passed through a sufficiently strong magnetic field. A nearby sensor coil will pick up the rapid change as a high-voltage pulse, which can be translated into data if multiple wires are pulled through the field. A Wiegand key card uses two parallel lines of short Wiegand wires to store binary data in magnetic polarity. When the card is pulled through the reader, the wires register as ones and blank spots register as zeroes. The unique Wiegand number is then sent to the controller to be authenticated.

By nature, Wiegand cards cannot be erased or reprogrammed by magnetic fields. They’re also more durable than other kinds of key cards because they don’t contain a microchip or other breakable components. While Wiegand cards themselves are rarely used outside of legacy systems today, the Wiegand protocol is still the standard interface to connect readers and scanners to controllers, no matter what kind of credentials are used. From other types of key card systems to fingerprint scanners, most readers convert the data to a Wiegand number.

Utilizing the same technology found in a credit card, magnetic stripe cards are swiped across a magnetic reader to transfer information. The black stripe is made up of tiny polarized magnets in multiple tracks, creating a much longer data set than a Wiegand card can hold. When swiped, the magnets create varying voltage across a magnetic read head that measures the changing voltage and converts it to a binary credential. While the overall principle is similar to a Wiegand card, the magnets are not permanently encoded, so they can be rewritten as necessary – or accidentally. Magnetic fields or general wear-and-tear can corrupt the data stripe, meaning you’ll lose your credentials even if you still have your card.

A Key Card Door Lock System is the same thing as a fob lock system.  Using a transfer wire from the lock hardware to a lock power supply allows the control panel to tell the lock power supply when to supply voltage to the locking mechanism to unlock the door.

Unlike fob and card readers, door buzzer entry systems use intercom technology to “buzz” in visitors and guests.  They can be combined with a credential reading technology like fobs or cards but their main function is visitor management.

Door buzzer entry systems for businesses usually are used at the entrances of facilities to allow businesses to manage the flow of visitors into the building.  Using intercom and telephone entry systems, businesses can talk to visitors before they enter the building and buzz them in from a phone or master station.

In apartment complexes, the most typical technology is a telephone entry system that allows tenants to buzz in their guests.

Retail facilities like Jewelry stores and pawn shops typically use unsophisticated technology since they can usually see their visitors through the window before buzzing them in.

Residential gates typically have buzzer systems connected to gooseneck pedestals that allow a wire to run underground to a gate motor to send voltage to the relay to allow the gate to buzz open.

A key fob or keycard door lock system is an all-in-one reader built into the lock itself.  This allows for access control in areas where it is difficult to run cables to a central control panel.

Components of a Smart Lock for Security door

The lock itself is battery powered and programmed directly at the device since no cables run back to a central panel.

Card that supports “data on card”

The credentials store the data on the card itself as opposed to sending the data back to the controller when the credential is scanned by the reader.

Choke Point cabled back to a control panel

If reporting is required, a choke point data collection station can be installed in an area that users will likely pass through often. This choke point station is used as a hub to extract the data from the card and send it to the control panel through traditional wiring.

Data-on-card credentials are typically scanned at a programming station where they are uploaded with the schedules and doors that they are allowed to access.

Should you buy a commercial key fob door entry system?

There are many reasons to consider a door entry system.  Usually the convenience of eliminating brass keys and easily issuing credentials in large blocks is the reason for considering access control.  Since doors can have contacts, request to exit motions, and other features that give the control panel information about who’s entering the doors at which times, an added level of security reporting is also a reason to consider access control.

How do key card locks work?

All key card lock systems work in a similar way. Credentials are presented to a reader, which sends the data to a controller for authentication. If the credentials match a set stored on the system’s whitelist, the controller unlocks the door and generally sends a signal to the reader, too.

What’s the best key fob system for a business?

Check out our RFP template for creating a request for proposal to issue to vendors that can bid on your access control project:

As a bonus, here’s a list of entry system manufacturers that will offer software demo’s and the contact info of the people who provide those demo’s:

The kind of key card access system you choose will mostly depend on taste and how secure or convenient you want to make your entrances and exits. If your site isn’t high-risk or you’re not securing anything terribly important, magstripe or prox cards should be fine. They’ll generally keep most unwanted people out even though they’re not encrypted, mostly because it still takes effort to copy or foil them. If you’re securing anything critical, though, you’ll probably want to use smart cards to control who has access to your building – they’re more customizable and encrypted, making them much more difficult to copy or rewrite. 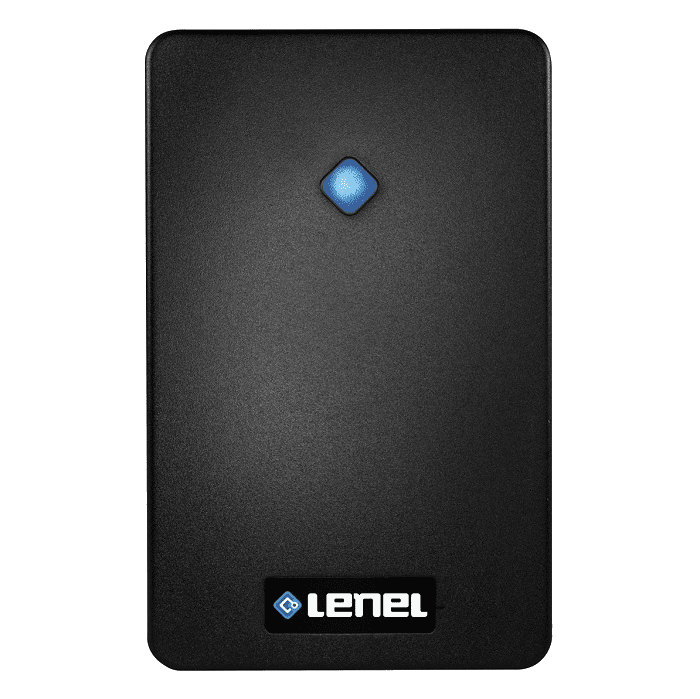 Are you looking for a Key Card Entry System for your Business?

Talk to an Entry System Expert