Banks and financial institutions are generally heavily-protected facilities, with basic physical security measures such as armed guards, the bank vault, and panic buttons in case of emergency. But banks are also making use of the latest in security technology to ensure safety for bank staff, customers, and their assets. From high-end, around-the-clock video surveillance with analytics, to advanced access control systems providing easy, secure access to high-value areas of the bank, there’s a host of options to bolster security systems for banks.

CCTV security camera systems are the backbone of a financial institution’s security system. Comprehensive video surveillance, covering all parts of the bank building, serves as both a layer of both deterrence and as a virtual record of everything that happens within the bank.

Prominently placed cameras – covering doors, exits, teller windows and all-important rooms in the bank – can remind potential thieves or burglars they are being watched, and that their face is being recorded on camera.

While it’s helpful to place cameras prominently, if tampering is a concern, it may be wiser to leave some concealed, making them hard to disable. Visible cameras should also be placed high enough to deter and avoid tampering or disabling by dedicated burglars, who may seek to disable them before an attempted robbery.

Live video monitoring of video feeds is also vital. Many financial institutions already have in-house security and monitoring personnel watching the video feed for suspicious behavior and incidents, and ready to respond in real-time. Smaller banks might, however, use an external monitoring company that can surveil video feeds from a distance and dispatch authorities within minutes, giving them the manpower and security of a full-team, without the size.

To get the most out of their CCTV surveillance system, most banks will likely want to install 4k security cameras. 4k UHD will give the resolution and clarity needed to make out details such as faces, as opposed to grainy, unusable footage.

Financial institutions generally have detailed comprehensive logs of video surveillance recording in case of emergencies. While no laws or regulations determining the amount of time a bank must keep their surveillance footage exist, most institutions keep it on site for the customary 90 days, which is long enough to cover most incidents that arise. Some banks will opt for longer archives – 180 days or more – for added peace-of-mind.

After 90 or 180 days, video footage is often archived on external storage server, where it can be accessed for as far as several years down the road. This is, however, dependent on the particular bank’s preferences, needs and budget.

Depending on if the bank records in Full 1080p HD, if they’ve made the switch to 4k resolution cameras, how many cameras they utilize, and of course what bitrate and frame rate the system records in, the bank could be looking at between a few dozen terabytes of footage and several hundred for long term storage– which could require an entire server-based system.

Security doesn’t stop when banking hours end. The safety of customers’ and bank assets depends on vigilant, around-the-clock prevention efforts. In addition to on-site rounds and monitoring from security guards, it’s also vital for banks to have proper alarm systems and monitoring. Video surveillance will continue to record throughout the night, covering the perimeter of the building, doors, windows, back entrances, the vault, as well as all hallways and the main lobby. The CCTV system should be connected to both any internal security suite with on-duty personnel and to an external monitoring service that will be able to contact the police in case of a break in.

In addition, to prevent break-ins, banks will have airtight and comprehensive burglar alarms, incorporating door and window contacts, as well as glass break detectors, to cover every potential point-of-entry. Additionally, smoke and fire detectors should be installed to protect against physical damage and disasters. 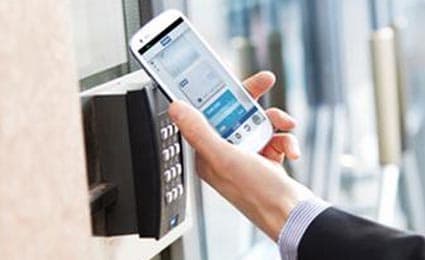 Modern access control systems are one area where banks are beginning to make upgrades and improvements, in addition to physical locks, keys and bolts. Role-based access control systems allowing and disallowing employees access to certain parts of the building – behind the teller counter, vault areas, offices –provide a more advanced form of protection from burglars and thieves trying to break in to high-value areas. Proximity swipe cards give employees an easy and convenient way to get in and out, while biometric credentials provide beefed up security for areas needing extra protection.

Access control parameters can be set to block employee access after the close of business hours, preventing inside jobs and late-night security breaches. 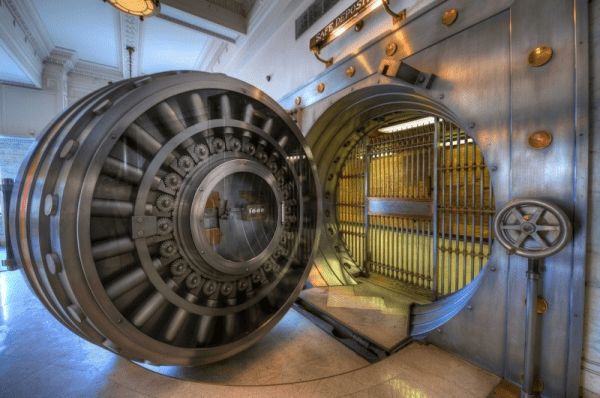 Additional security measures for banks include placing bulletproof glass in front of teller windows, and if budget allows, on building windows. There should, of course, be panic buttons and alarm triggers placed throughout staff areas and under teller windows, as are already found in most banks. It’s also important that each bank evaluate whether it’s better to have an audible or silent alarm, as an audible alarm could aggravate burglars further.

On a more virtual note, banks are integrating – and already make use of –

None of these systems, of course, replace the traditional feet-on-the-ground presence of security guards, who provide constant, vigilant overwatch of happenings on the bank floor and be the first to respond to incidents.