What Is The Wiegand Protocol?

If you’re familiar with access control, you’ve probably heard the term “Wiegand protocol” being thrown around before. But you may have no idea what it actually is, other than an important part of making any access control system work. Keep reading to find out.

The Wiegand Protocol, also commonly called the Wiegand interface, is a wiring standard found on card readers and access control systems, and has become the most common de faction communication method for such systems since the 1980’s. In simpler terms, it’s the wiring standard used to connect card readers, fingerprint scanners or other biometric readers to each other and the rest of the access control system. You might also see it referred to as a 26-bit format, referring to the specific system of binary data it uses.

How Does The Wiegand Protocol Work? 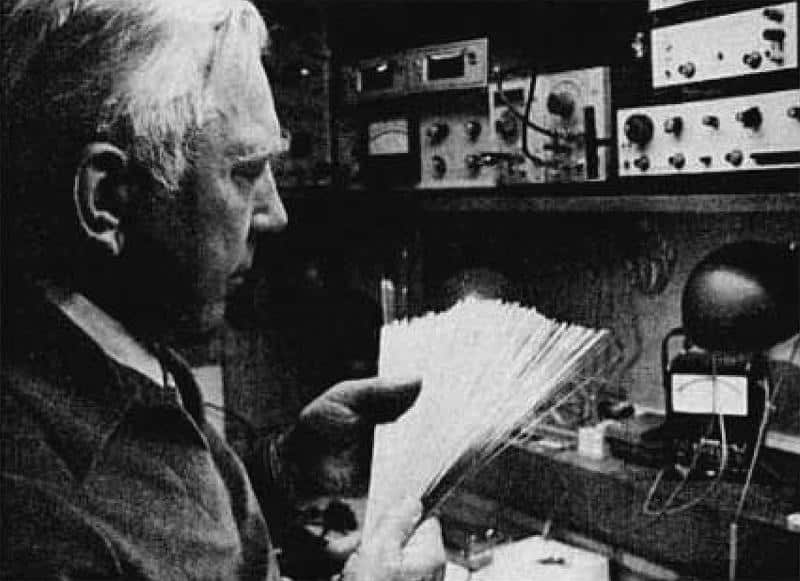 The name “Wiegand” comes from its creator, the German-born engineer, John R. Wiegand, who in the 1970’s discovered that wires made of a cobalt, iron and vanadium alloy will switch polarity when run through strong magnetic fields. Placing a sensor coil nearby will be capable of picking up the change in polarity as a high-voltage pulse, and then translate that pulse into data. He used these discoveries to create what became known as Wiegand wires and Wiegand cards.

A Wiegand card uses two short wires, which store data magnetically in the card; these two wires are known as Data low, or Data0 and Data high, or Data1. When the card is pulled through the reader, the wires transmit the either high or low voltage signal as 1 and 0’s, respectively, creating a binary data line for authenticating the swipe card’s credentials. (There actually is a third wire, as well, providing common ground).

There are a few different variations of the Wiegand protocol in existence, but the original is the most common, known as the 26-bit Wiegand format, or often just the 26-bit format. This is a very common open format, meaning that virtually anyone can buy compatible cards and readers and program them to work using the 26-bit Format. It uses one parity bit, followed by 8 bits of facility code, 16 bits of ID code, and one trailing parity bit, for a total of 26 bits. This was the standard for a long time and remains in use in many systems, though a variety of different extensions have now been built off it.

Why Is The Wiegand Protocol So Popular? 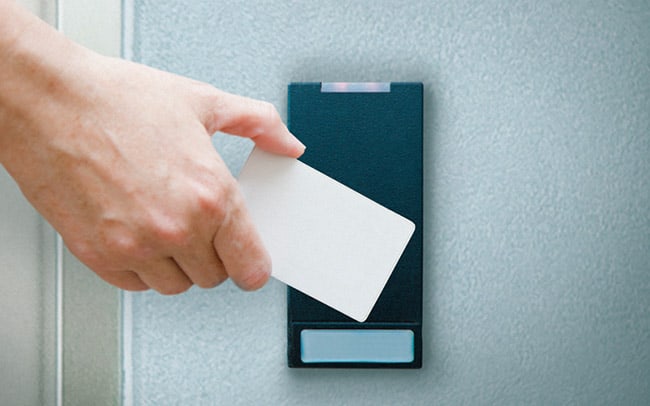 The Wiegand protocol originally caught on in the 1980’s, and is still used to this day, because of the simplicity and reliability of the swipe cards and access control systems using it. Wiegand swipe cards cannot be erased by magnetic fields and are more durable than other key cards because they do not contain microchips. This made them reliable, easy choices for equipping systems with swipe cards. The Wiegand system also made it possible to outfit facilities and systems with much longer cable runs – up to 500 feet – which was far more than similar wiring standards of the day.

You won’t see many Wiegand cards anymore due to the more advanced credential technologies since developed, but the wiring protocol remains the standard for integrating scanners and card readers with their controllers. Virtually all access control credentials readers, whether a biometric fingerprint scanner or standard swipe card reader, convert credential signals to a binary Wiegand number for transmitting to the controller.

Drawbacks to the Wiegand Protocol 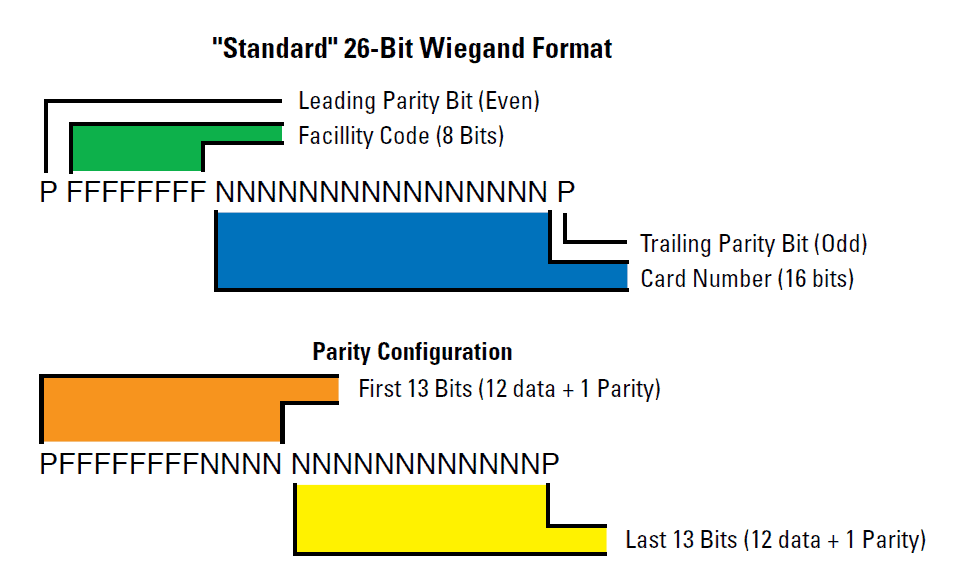 As reliable as the Wiegand protocol is, there are a few drawbacks that contributed to it being phased out for regular use swipe cards. As the original 26-bit Wiegand protocol contained one parity bit, eight facility code bits, 16 bits for card numbers, and 26 trailing parity bits, many systems and facilities were unhappy with the limited number of bits available, and began looking for other formats capable of more bits for their swipe card systems.

Newer extensions to the 26-bit format have been developed, but they soon ran into another drawback; the physical size and limitations of the card itself, which meant that there be a maximum of 37 Wiegand wires in a standard size card before reliability and clear readability of the data becomes affected or interfered with. For this reason, even systems now using modified Wiegand systems are limited to 37 bits or less.