Security system technology is constantly evolving, and new technologies are constantly being innovated to improve the security of home and business security systems alike. From constantly improving camera processors to smarter, more capable alarm sensors, and a whole host of new alerts and smart features that make your life and using your system easier, these new features and technologies are making security more effective than ever before. 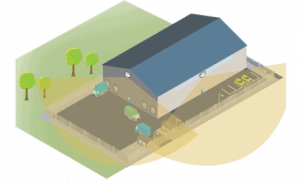 While most security systems (in addition to surveillance systems) have to this day focused on motion detection or on other forms of sensing (think door and window contacts), new forms of high-tech and non-visual sensors have popped up in the last few years. These include everything from radar to advanced sound detection technologies, such as microphones and advanced glass break detector systems.

While still a long way off from use in home security system technology, radar technology is making its way into high-tech and high-end security applications for use in security sensors. Radar motion sensors use electromagnetic technology to detect movement, as opposed to the infrared commonly used on motion sensors. Electromagnetic radar sensors are particular useful for eliminating false alarms and providing accurate, reliable motion detection, as it is not sensitive to many of the same things that trigger false alarms – small animals walking into the field-of-view, wind and weather, as well as ambient light and flashes.

Like a traditional radar system, radar security sensors are also capable of giving detailed information about detected objects, such as location, speed and direction of movement. In many cases, radar sensors and alarms can also be integrated into surveillance camera systems and stations, triggering video recording for verification and monitoring purposes. 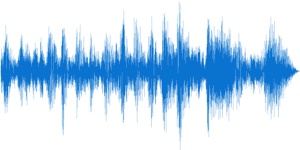 As security system technology improves and innovates, it is becoming increasingly common for multiple forms of detection and surveillance to be integrate together, such as with audio and video surveillance. As CCTV security cameras and technology improve, they are frequently adding microphones with enhanced audio detection capabilities. Using advanced processing technology with creative algorithms, these camera-microphone systems can now listen for and detect certain pre-defined sounds such as breaking glass, gunfire and loud behavior. When these sounds are detected, the system can either trigger video recording for verification purposes, alert the monitoring station to check live footage of the event, or simply record it to serve as an additional dimension of surveillance footage for future playback.

Systems employing audio detection are also further enhanced by audio analytics, which can help process, detect and alert security officers to noisy and potentially dangerous incidents. Frequently paired with video analytics, audio analytics are beginning to find traction in places such as shopping centers and public transportation systems, where late night surveillance and detection of trouble events is vital to ensuring public safety. They also do well place on the perimeter of high-value facilities where proactive measures are needed to ensure security.

Mobile integration for security systems has (deservedly) blown up in the last few years, and smart features are becoming more and more integral to both home and commercial security efforts. While remote monitoring via mobile device and the ability to arm or disarm a system remotely have been popular for some time, many systems and manufacturers are also starting to integrate features such as panic buttons and alarm triggers into their mobile apps. This allows both home and business system users to trigger their alarm and alert the monitoring station of potential emergencies from their phone. These systems also allow users to verify and cancel alarms when necessary, and now often allow users to set a whole range of custom alerts, notifications and settings for an accessible, convenient and comprehensive security experience from anywhere. 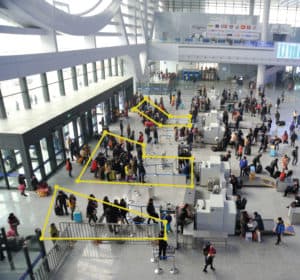 Analytics and other machine learning algorithms are also rapidly transforming the way in which security systems operate, and how effective they are. While facial recognition and (as mentioned) audio recognition are security system technology already in widespread use, enhanced machine-learning algorithms are continually being developed to make security systems smarter, more accurate and efficient, with applications ranging from false alarm suppression to incident and behavioral prediction, as well as suspect tracking. With advances in deep machine learning and AI speeding up, one can expect security systems and manufacturers to rapidly evolve, become more automated and provide better preventive and active security measures beyond traditional passive security surveillance and perimeter protection.

Finally, one very common advancement in security system technology has been improved resolutions for CCTV security cameras, which allows for sharper, clearer and more effective surveillance footage. With the advent of digital cameras, CCTV systems were originally able to move from 480p to 720p and 1080p resolutions; most high-end IP cameras now come in 4k Ultra HD, which provides an image large enough for picking up details such as faces, license plates and other details that come in useful for surveillance. Paired with audio and predictive video analytics, as well as remote monitoring and enhanced storage capabilities, and UHD security cameras make for comprehensive, effective surveillance for both preventing break-ins and solving problems after the incident.